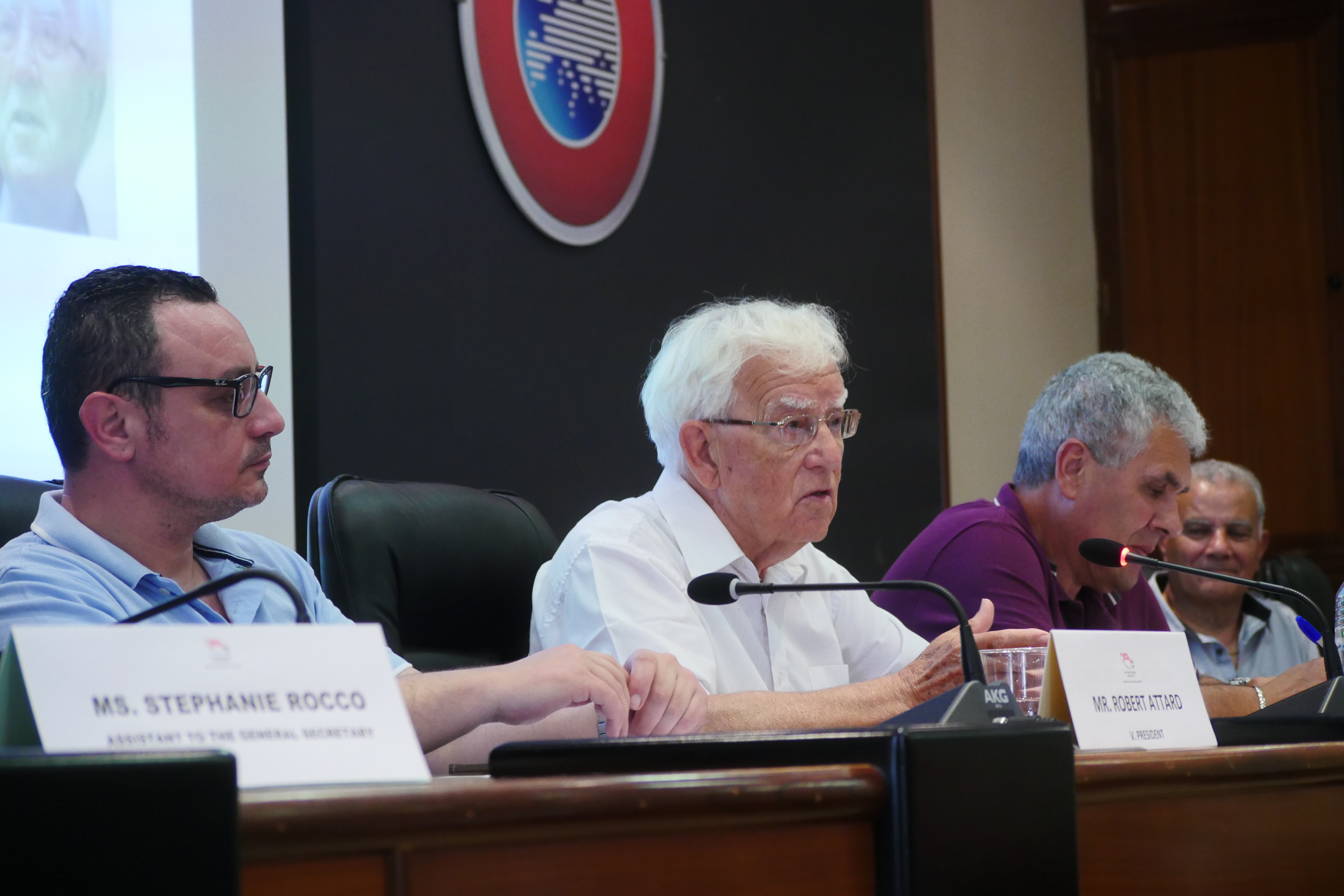 In his opening speech, the YFA president, expressed his distress that in this day and age there are still some youth administrators and coaches ready to take advantage of vulnerable players just to win a match through corruption.  This negative attitude also signalled the abrupt termination of the Football Social Responsibility (FSR) enrolment, which had enabled players with difficult backgrounds to still play football, despite not being able to register regularly with MFA.  On a more positive note, Fr. Hilary Tagliaferro, hailed the new COMET system, introduced this season in conjunction with MFA, which can generate remarkable statistics, useful for both the nurseries and the Association. Fr. Hilary concluded his speech by acclaiming the outgoing MFA President Mr. Norman Darmanin Demajo, for his sterling service to the game and his dedication to youth football during the last nine years at the helm of MFA.

The Youth FA General Secretary, presented a detailed report on the 2018-2019 season which included data and statistics from the U9 events up the U17 competitions. Joe Micallef announced the awards for most promising youngsters – Jamie Scerri (U15) and Sheldon Mizzi (U17), both Pieta H. players and the Play Fair Award to Ghaxaq (U15) and Mtarfa (U17).  The two motions presented – to continue to have an insurance cover for the U17, U15 and U13 teams with MelitaUnipol Insurance Brokers Ltd and the updating of the amalgamation regulations, were both voted as approved.  The YFA General Secretary concluded his speech by acknowledging Mr. Darmanin Demajo’s contribution to YFA, and was looking forward for a successful continuation of the relationship between the two associations, with the succeeding MFA President.

Sorry, the comment form is closed at this time.