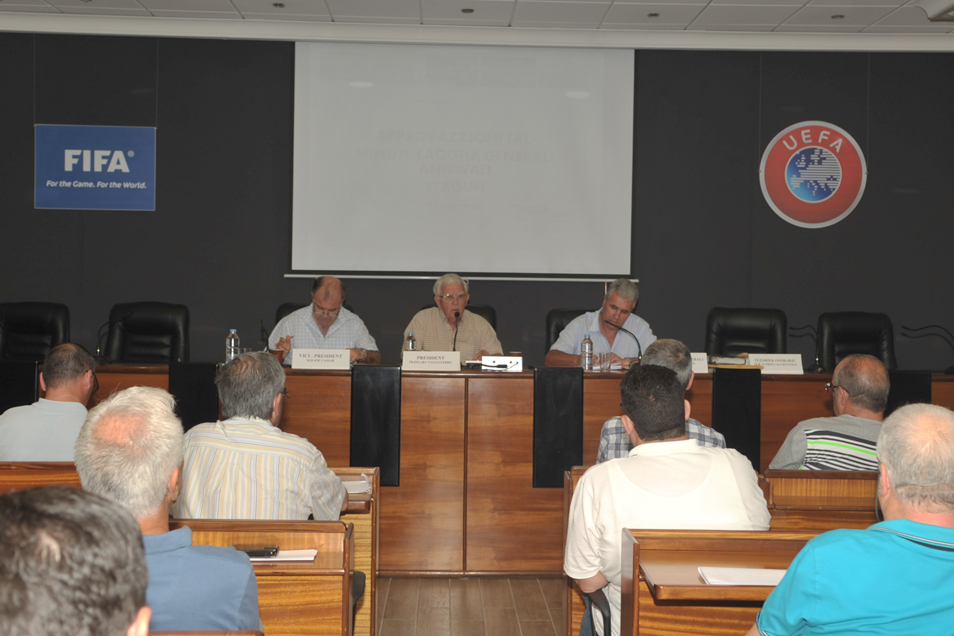 In his introduction at the Youth FA AGM for the 2014 – 2015 season, the president, Fr. Hilary Tagliaferro, remembered all those involved in football, who had passed away during this season, especially fellow YFA Council Member, Mario De Battista, a man of principle and a gentleman, who gave so much time and dedication at grassroots level.  He praised the ongoing progress both in the Association itself as well as in almost all the nurseries and believed that although the Association was satisfied with the latest reforms with regards to the registration of young players, there is still much more to be done. 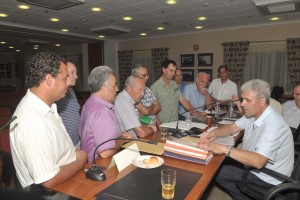 Fr. Hilary praised the work of all the volunteers in the youth football sector and reminded them that this is not just a service to the beautiful game, but to society in general, helping the kids to lead a more healthy life-style.  The Youth FA President commended the new YFA website and the progress of the YFA passports, where the second stage will be rolled out in the next couple of weeks, which will see the nurseries have complete access to their data.  Fr. Hilary concluded his speech by appealing to those present to embrace the new format of the leagues, whilst urging more synergy with regards to the fixtures, the Technical Centre and referees.

The Youth FA General Secretary, Joe Micallef gave a detailed report on the 2014-2015 season which included almost 750 matches in the U15 and U17 APS leagues, apart from the U13 Inħobb il-Futbol Events and the U13 & U11 and the Panini U9 festivals. The General Secretary advices that since the YFA competitions were still ongoing the announcement the winner of the Most Promising Youngsters and the APS Play Fair Awards will be made at a later date, once the season is over.

The five Council members representing the nurseries as elected during the AGM resulted as follows: – Godwin Aquilina (Sta. Venera), Charles Cassar (Rabat), Stephanie Rocco (Sliema), Simon Spiteri (Mtarfa) and Paul Vella (Mgarr). The minutes from last season’s AGM, as well as the Administrative and Financial reports were all approved. The neutral members, observers and the members of the various boards and committees will be announced in the coming days, after the first YFA Council meeting.

Sorry, the comment form is closed at this time.