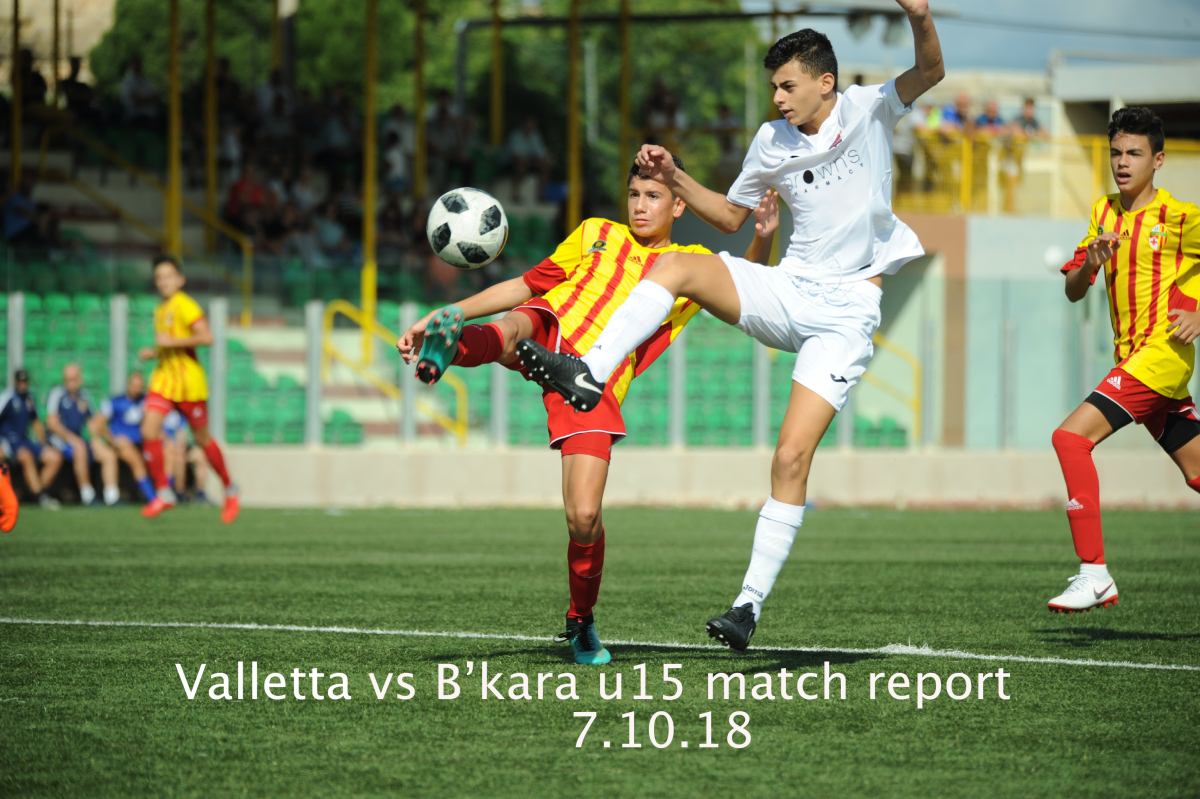 This game was watched by a very large crowd at the Luxol Stadium. Valletta managed to win the Group unbeaten as they won three games out of four and drew one against Birkirkara in the first leg of the Group and the deservedly won the gane as they were the much better outfit during the game by keeping their opponents penned in their own half for long stretches and they were also denied twice by the wood work. The Stripes found it very difficult to penetrate the Valletta midfield and rearguard.

The game was only three minutes old and Valletta created the first action andncame very close to forge ahead as Alexei borg released Isaiiah Micallef  in the area and the ball missed the bar by inches from his lobbed ball with Birkirkara keeper Karl Sargent completely beaten and a minute later they were denied by the wood work when Gabriel desira served Micallef in the area and after his hard drive the ball thumped the bar with Sargent beaten. In another Valletta action Micallef was fouled on the right flank and following the free kick by Borg, Deacon Abela headed slightly out from inside the area.

In the first action by Birkirkara in the 8th minute Aidan Camilleri dribbled past an opponent outside the area and City keeper Jacob Mangion easily saved his distant effort, at the other end a minute laterMicallef released Klose Azzopardi Conti on the right flank and a defender cleared the ball to a corner.

In the 17th minute Valletta were rewarded for their efforts as they opened the score as Azzopardi Conti served Micallef in the area with a perfect through ball and he made no mistake with a hard low drive to the joy of the numerous Valletta supporters.

The pressure from Valletta resumed as they created three  more actions before the break. Micallef was fouled on the right flank and following the free kick by Jake Spiterithe ball was cleared away with difficulty. Azzopardi conti served Micallef in the area and following his hard low drive  a defender cleared the ball from over the line and in the first minute of added time Daniel Letherby was fouled outside the area and after the free kick by Miguel Azzopardi, Sargent partially saved his shot and from the rebound Micallef had his shot blocked by a defender.

As in the first period Valletta enjoyed the lion’s share of exchanges. Azzopardi conti served Micallef in the areaand Sargent saved his shot to a corner and minutes later he saved a free kick by Javier Farrugia in two attempts after Micallef was fouled on the left flank. Sargent then saved a lobbed ball by Micallefafter entering the area who dribbled past an opponent in the process.

In an action by Birkirkara Kyle Baldacchino released Kelvin Baldacchino on the right flankbut he failed to control the ball which finished out of play.

The initiative was soon regained by Valletta. Azzopardi conti was fouled outside the area and Sargent was forced to dive and save to a corner the free kick shot by Azzopardi. An Azzopardi Conti flag kick was headed away with difficulty. The wood work denied Valletta a second time when Micallef was fouled outside the area and from the free kick by Abela the ball rattled the bar with Sargent completely beaten.

In the second minute of added time Valletta put the issue beyond any doubt as they scored a second goal when substitute Keiran Sciclunadribbled past an opponent on the left flank and after entering the area he scored with a hard low drive and two minutes later Birkirkara player Aidan Camilleri was shown the red card for making an indecent gesture towards rival supporters.