Valletta save the day with late goal – ARTICLE BY VICTOR CIANGURA, PHOTO SUPPLIED BY OUR OFFICIAL PHOTOGRAPHER, STEPHEN GATT. 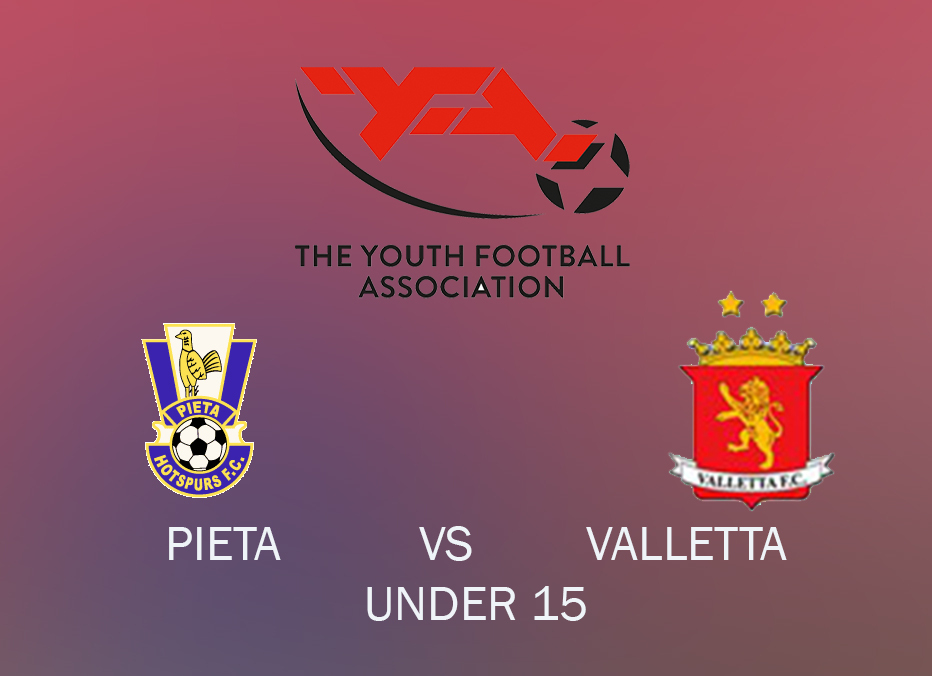 23 Oct Valletta save the day with late goal – ARTICLE BY VICTOR CIANGURA, PHOTO SUPPLIED BY OUR OFFICIAL PHOTOGRAPHER, STEPHEN GATT.

A very fast and keen game watched by a large crowd at the Luxol Ground. Pieta were the better outfit in the first period, but after the resumption Valletta improved their perFormance.

The game was only one minute old when Pieta took the lead when Jamie Scerri capitalised on an indecision between Valletta keeper Jacob Mangion and a defender and as he won possession of the ball entered the area and had the easiest of tasks to drive the ball home in an empty net.

Encouraged by this early lead Pieta mounted two more actions. A flag kick by Brooklyn Borg was headed away and Matthias Conti was fouled on the left flank and from the free kick by Borg the ball hit the bar with Mangion beaten and the ball was cleared away.

In a Valletta action Jake Spiteri was fouled in midfield and the ball was cleared away following the free kick by Alexei Borg. Pieta resumed with their pressing. Nigel Scerri served Borg from a throw-in from the left flank and he missed the bar from outside the area and Luca Gatt served Scerri with a through ball outside the area and he netted with a lobbed ball but the point was disallowed for off side.

Two actions were created by Valletta. Klose Azzopardi Conti was fouled on the left flank and Pieta keeper Jake Farrugia saved on the free kick by Deacon Abela and Daniel Letherby served Azzopardi Conti in the area and Farrugia foiled him with a timely sortie, and in a Pieta action Borg was fouled on the left edge of the area and after the same player’s free kick Scerri drove out from inside the area.

The last two actions before the break were created by Valletta. Letherby was fouled outside the area and Abela drove slightly out from the free kick and Azzopardi Conti was fouled in midfield and Farrugia saved the free kick by Javier Farrugia.

Valletta creted the first action after the restart as after a flag kick by Azzopardi Conti, Abela had a shot from inside the area blocked by a defender.

Three actions were then mounted by Pieta. Scerri entered the area after dribbling past an opponent and Mangion saved his rising shot. Borg then crossed a high ball in the area and after Abela’s faulty clearance Mangion neutralised the ball in the air and Borg was fouled on the right flank and from the same player’s free kick the ball was cleared to a corner.

In an all-out effort to save the game Valletta created two actions. Azzopardi Conti was fouled in midfield and after Abela served substitute Keiran Scicluna on the right flank with a short free kick pass he missed the bar from his rising shot and Isaiah Micallef entered the area after dribbling past an opponent on the left edge of the area and Farrugia saved his shot to a corner.

In the 59th minute Valletta equalised. Miguel Azzopardi floated a high ball in the area from a midfield free kick and Micallef scored with a header.  Valletta players were still celebrating the goal in Pieta’s half of the field and the Pieta players restarted the game without the referee’s signal. Scerri was put through outside the area and as he was fouled by keeper Mangion the referee showed him the red card.

The game was then restarted from the centre spot. In a Pieta action, in the fith minute of added time,   Borg served Scerri with a through ball in the area and substiute keeper Aidan Pisani saved his shot and in a Valletta action a minute later Micallef released Scicluna in the area and Farrugia had to dive and save his shot to a corner.