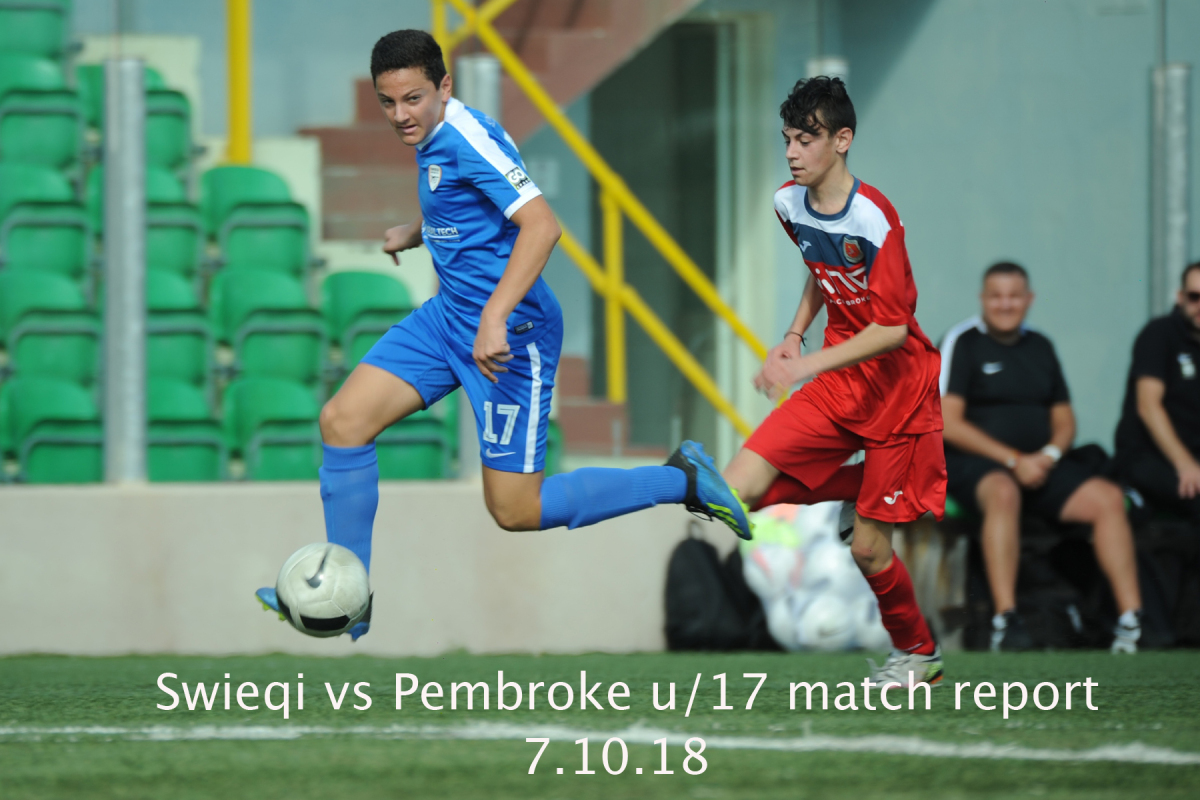 The final result clearly shows that Swieqi had the easiest of tasks to beat Pembroke who are pointless from three games and they will compete in Section C this season. They offered little resistance against the goal-hungry Swieqi forwards who are on six points also from three games.

Swieqi created the first action when Daniele Ferlaino released Timmy Naudi on the right flank and following his cross in the area the ball cleared with difficulty by a defender.

The hammering commenced in the 14th minute when Ferlaino was fouled outside the area and from the same player’s free kick Pembroke keeper Alexander Debono was forced to dive and save his shot to a corner which was taken by Kieran Mifsud and after the ball was partially cleared inside the area Isaac Ruggier was on hand to rifle the ball in the roof of the net with a hard rising shot.

In the only action by Pembroke in the 16th minute Larkin Attard served Owen Azzopardi in the area and Swieqi keeper Mike Micallef was able to save his weak shot.

In the 17th minute Swieqi  doubled their lead when Ferlaino was served on the left flank by Andrea Lorefice and scored with a low shot after entering the area.

The pressure resumed. Ferlaino entered the area after dribbling past two defenders and after his low cross Naudi failed the killer touch with an open goal at his mercy.

Between the 34th and 45th minutes Swieqi added three more goals. Ferlaino scored with a low shot after being put through in the area by Gian Calleja. After a similar move Ferlaino was tripped in the area by Sheyzell Mallia and Ferlaino made no mistake from the spot and Adam Arcidiacono served Ferlaino on the left flank who scored wit a low drive after entering the area.

Pembroke created the first action after the restart as Dyon Grima was fouled on the left edge of the area and he missed the far post from the free kick.  In an action by Swieqi Debono saved a hard rising shot by Ferlaino to a corner which was taken by Lorefice and the ball was cleared away with difficulty.

In the 63rd minute Pembroke scored a consolation goal when Azzopardi served Abdul Abudgil with a square pass on the edge of the area and scored with a rising shot  past Swieqi keeper Mike Micallef.