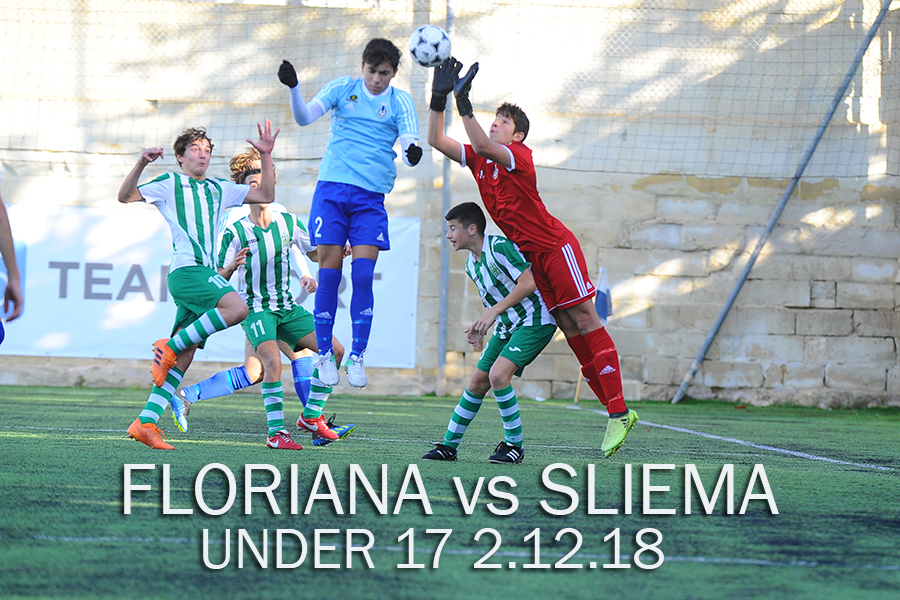 Floriana were the better outfit during the game by creating more chances of score than Sliema who only created six actions throughout the 90 minutes. Following this game Floriana are on 6 points from two games while Sliema have only 1 point also from two games.

The game was hardly two minutes old when Floriana opened the score. Leonardo Agius received the ball in midfield from a drop-kick by keeper Ayrton Borg who then served Mattias Formosa with a thorugh ball and despite harassed by a Sliema defender entered the area and scored with a hard low drive past Sliema keeper Luciano Camilleri.

Encouraged with such a good start Floriana mounted two more actions. Matteo Piscopo released Leonardo Agius on the right flank and after advancing the ball finished slightly out from his cross-shot and Aleandro Garzia  served Fromosa with a through ball in the area but he was foiled by a timely tackle by a Sliema defender.

In a Blues reaction they created three actions. Rowad Benhamed was fouled on the right flank and after the free kick by Matthias Bugeja the ball was cleared to a corner. Cameron Dalli served Luke Muscat with a through ball in the area and Borg foiled him with a timely sortie and a corner kick by Dalli created havoc in the area and the ball was headed away.

In an action by Floriana Rhone Mifsud Grech served Piscopo on the right flank and a defender cleared the ball to a corner while at the other end Luke Zammit served Mohamed Abuda with a through ball on the edge of the area and Borg saved his shot.

Floriana resumed with their pressing up to the half time whistle. Mifsud Grech dribbled past an opponent on the right flank and after his cross in the area Camilleri partly saved a Formosa header and a defender cleared the ball to safety, the same player then served Piscopo with a square pass on the edge of the area and Camilleri saved his rising shot to a corner.

Formosa served Leonardo Agius with a through ball just outside the area and from his hard drive the ball thumped the bar with Camilleri beaten who later had to dive at Formosa’s feet to smother the ball after he was put through in the area by Kieron Azzopardi and in the last action before the break Garzia served Brady Agius with a through ball on the right edge of the area and he missed the far post from his cross-shot.

Sliema created the first action after the restart when Abuda was fouled on the right flank and from the free kick by Brian Borg the ball was cleared away and follwing this action Floriana went straight on the offensive.

Garzia served Formosa on the left flank and after the ball was cleared to a corner by a defender, after the flag kick by Brady Agius, Kieron Fenech headed slightly over the bar. Formosa released Substitute Erson Schembri on the left flank and after entering the area the ball missed the far post from his hard drive. Schembri released Leonardo Agius in the area and a defender cleared the ball to a corner.Brady Agius served Leonardo Agius with a high through ball in the area and he headed just over the bar.

Floriana doubled their lead in the 71st minute when Leonardo Agius was fouled in midfield, Brady Agius served Piscopo on the right flank from the free kick who after advancing crossed the ball in the area and Formosa scored with a header obtaining his side’s second goal and a personal brace.

The next action was created by Sliema as they won a corner kick on the left flank which was taken by Mattias Bugeja and after creating havoc in the area the ball was cleared away and in the last action before the end substitute Aidan Cassar received a the ball from a drop kick by keeper Borg and after entering the area Camilleri had to dive and save his shot.