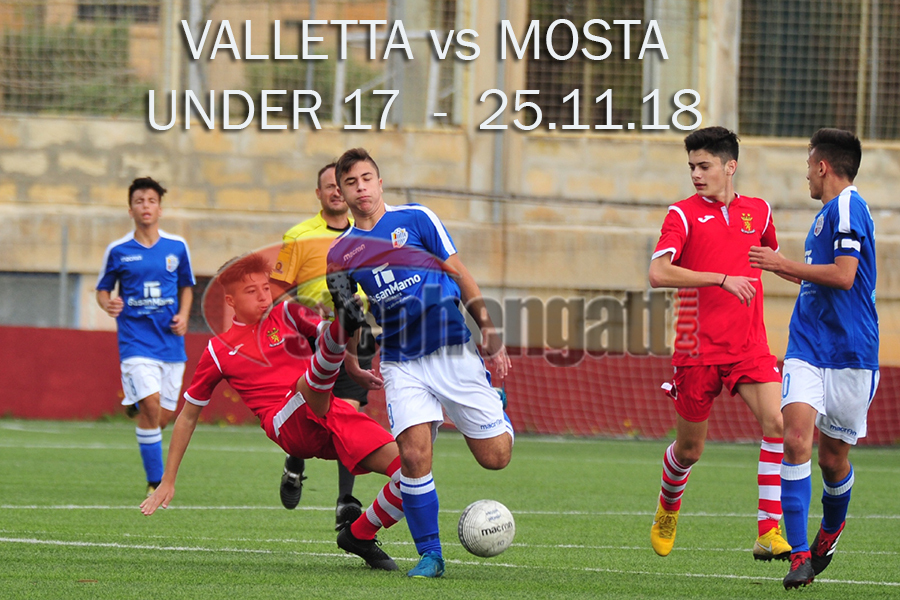 A very fast and entertaining game watched by a sizeable crowd at the Rabat Ground. Both sides had their very good moments and referee Ray Tabone had good control of the proceedings.

The game’s first action was created by Mosta as Gabriel Sant served Luke Formosa with a cross in the area and Valletta Keeper Anson Saliba had to dive and save his hard low drive and at the other end Kurt Desira served Antheos Spiteri with a square pass on the edge of the area but he drove slightly out.

Two actions were then created by Mosta. Formosa was fouled outside the area and Saliba saved in two attempts the free kick shot by Gianluca Sciberras and Nathan Agius served Sean Ellul in the area and he drove slightly over the bar.

In an action by Valletta Kurt Buhagiar served Desira with a through ball on the left flank who after advancing missed the far post from his cross-shot. In a Mosta action Agius served Ellul on the right flank and after he was fouled Saliba saved a header by Agius following the free kick by Sant.

In a Valletta reaction they mounted two actions. Desira served Neville Borg with a through ball in the area and Mosta keeper Dylan Ciappara had to dive and save his low drive and after Spiteri was fouled on the left flank the ball was headed away following the free kick by Buhagiar.

In the 32nd minute Valletta opened the score as Zachary Chetcuti released Neville Borg in the area and he scored with a hard low drive.

The first action after the restart was created by Mosta as after a run down the right flank by Vella he entered the area and missed the far post and in a Valleta action keeper Ciappara neutralised the ball after a high cross by Desira from a corner kick.

Most kept trying to restore parity. Ellul released Vella in the area but he missed the upright and Formosa was fouled on the right flank and following the free kick by Sant, Saliba had to dive and save a shot by Agius.

In the 69th minute Valletta were denied by the wood work. Substitue Matthias Tabone was fouled on the left edge of the area and following the free kick by Buhagiar the ball thumped the upright from a shot by Desira with Ciappara beaten and finished out of play.

In a Mosta action Sciberras served Mifsud Portanier in the area and a defender cleared the ball to a corner and in the last minute of added time Valletta put the issue beyond any doubt as they doubled the score when Chetcuti was fouled on the left flank and the free kick by the same player created havoc in the area and Tabone was on hand to score with a hard low drive.