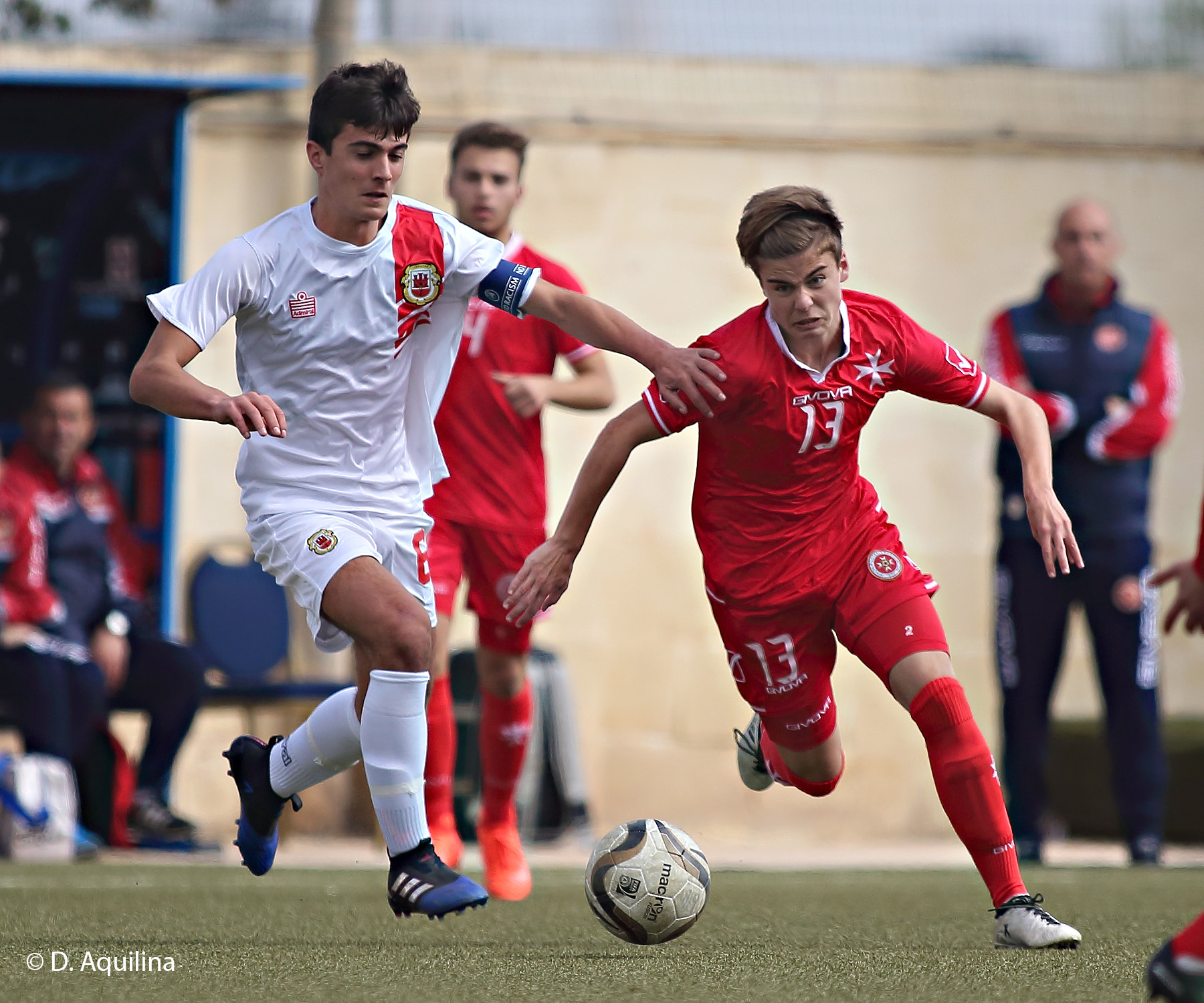 Malta concluded their commitments in the UEFA Youth U-16 Development Tournament on a flying note after seeing off Gibraltar 4-0 in their final game at the Centenary Stadium today.

Malta thus claimed second spot in the group on six points, one behind Andorra who picked up a point after their final game against Armenia, played at the Luxol Stadium, finished 1-1 at the end of the regular 80 minutes.

Armenia gained an extra point to finish on five after prevailing 5-3 over Andorra in the penalty shoot-out.

Determined to bounce back from the 2-0 defeat to Andorra on Friday, the Maltese youngsters deserved their win over Gibraltar as they played the better football throughout.

Vella made several changes from the previous two games in line with the UEFA guidelines which stipulate that all the players in the 20-strong squad must get a minimum of 80 minutes of playing time during this development tournament.

The Maltese youngsters made their intentions clear from the outset.

Paul Mbong put Malta ahead after 27 minutes with a fine shot from the edge of the box.

Malta remained in control and, on the stroke of half-time, striker Russel Vella capitalised on a mistake by a Gibraltar defender, swept past goalkeeper Ethan Penfold and drove the ball into the net.

The second half was more balanced but, three minutes from the end, Malta were awarded a penalty after Stefan Borrell brought down Alexander Satariano inside the box.

Borrell was sin-binned (excluded temporarily) and Shaun Dimech, who had come on as a substitute, made no mistake from the spot.

More was to come as Satariano put his name on the scoresheet in stoppage time to hand Malta an emphatic 4-0 victory.