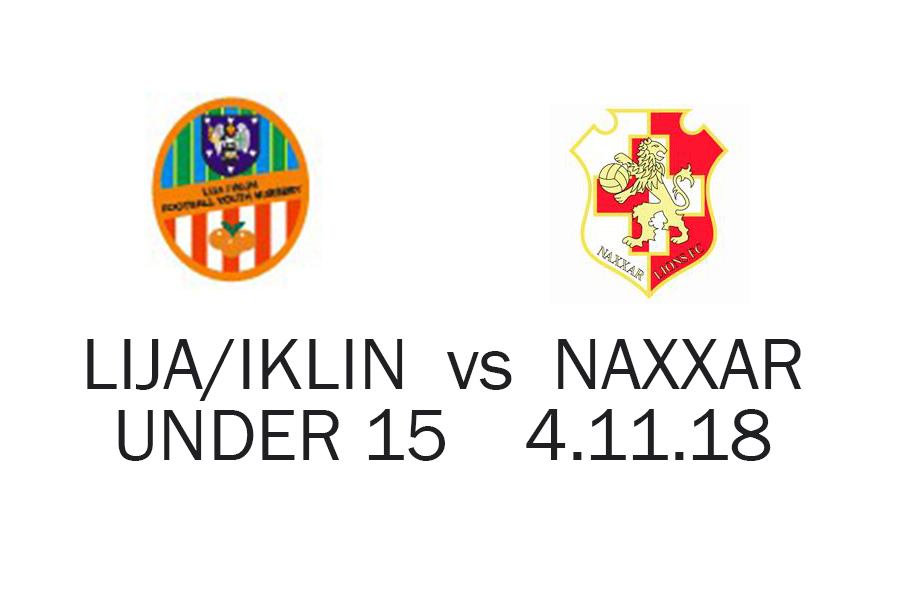 There were very few actions worthy of note during this game. Lija-Iklin were the better outfit during the first period while the second period was dominated by Naxxar. Lija-Iklin are now on 3 points from 3 games while Naxxar are still pointless also from 3 games.

In the first action by Naxxar in the 14th minute Jacob Farrugia entered the area after dribbling past two opponents and Lija-Iklin keeper Benjamin Dingli was forced to dive and save his shot to a corner which was taken by the same player and after the ball was partly cleared outside the area Liam Dingli missed the upright from the rebound shot, at the other end Lija-Iklin won a corner kick on the left flank which was taken by Scerri and Zammit missed the upright from outside the area after the ball was partly cleared.

In another Naxxar action Gabriel Azzopardi served Keith Golovkin with a through ball in the area and Dingli foiled him with a timely sortie, the last action before the break was created by Lija-Iklin when Aaron Stagno was fouled outside the area and the ball thumped the bar from the free kick by Jake Cumbo with Refalo beaten and the ball was cleared away.

The second period was dominated by Naxxar. Jacob Farrugia entered the area after dribbling past two oppoonents and a defender cleared the ball to a corner and from the flag kick by the same player the ball was cleared from over the line from a header by Federico Zrinzo Azzopardi.

In the only action by Lija-Iklin in the 51st minute they took the lead when substitute Alessandro Agius served Galdes with a through ball who after entering the area scored with a hard low drive.