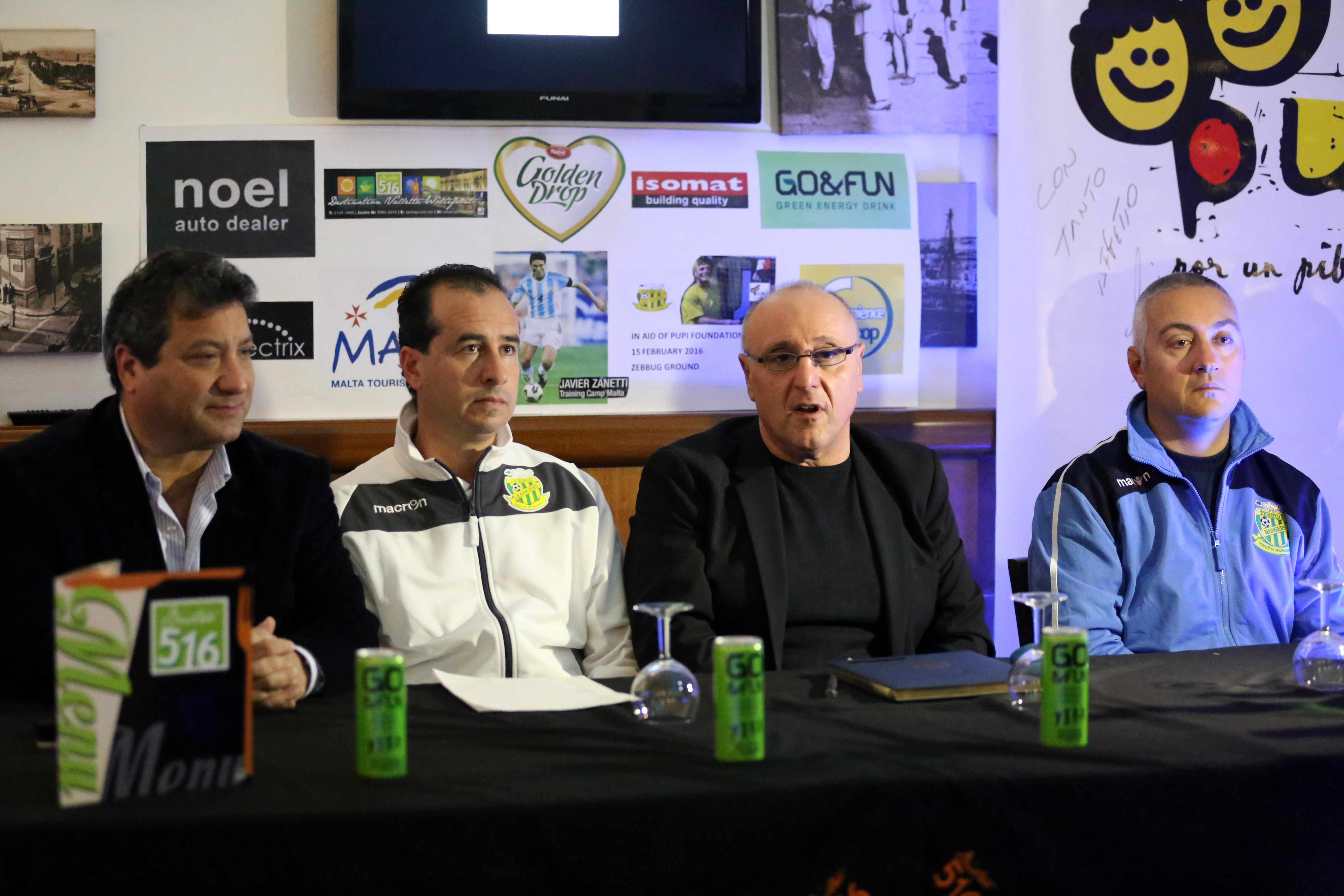 The official launch was confirmed during a press conference held on Saturday 16 January 2016 at Bistro 516 – Valletta Waterfront.

Mr Fenech spoke about PUPI Foundation and the good relationship Javier Zanetti has built with our island over the past years.  Dr Gulia confirmed Zanetti’s promotional work as one of Malta’s Ambassador of Tourism and the fact that his contract has been extended further.  Mr Agius gave more details regarding participation for this event.

The Argentine and ex-Inter legend will be coming over to Zebbug Grounds to hold a training session for all boys and girls (aged 5 to 15 years) interested.

A fee of €30 from each participant will be donated to PUPI Foundation and in return, apart from a two hour session, participants will be getting a commemorative t-shirt, a certificate of participation signed by Zanetti himself together with photo and promotional give-aways.