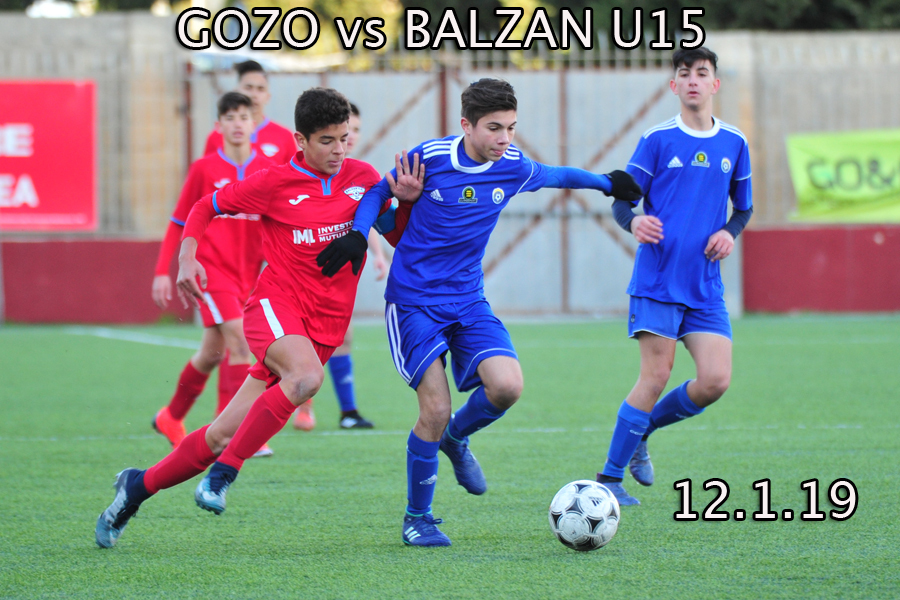 The Gozitan youngsters were the better outfit as they created more actions than Balzan during both periods. Following this game Gozo are in the penultimate position on 6 points from 6 games while Balzan are in bottom place on 1 point from 7 games.

The first action was created by Gozo as they won a corner kick on the right flank which was taken by Matthias said and Balzan keeper Matthias Buttigieg was forced to palm the ball away to safety following his high cross in the area, at the other end, Gabriel Farrugia served Gabriel Diego Farrugia in the area and a defender cleared the ball to a corner and after it was taken by Jake Grech the ball was headed away by a defender.

Gozo regained the initiative and created two actions in a row. Lorenzo Atzori was fouled in midfield and after the free kick by Malcolm Azzopardi the ball was cleared away with difficulty and Christian Camilleri dribbled past an opponent outside the area and Buttigieg saved his hard drive from the distance.

In the 32nd minute Gozo opened the score when Matthias Said pounced on a defensive indecision in the area and scored with a hard low drive.

Two more actions were then created by Gozo. After a flag kick by Said the ball was headed away and the same player then served Atzori with a square pass just outside the ara and Buttigieg saved his shot and Balzan created the last action before the break when Gabriel Diego Farrugia dribbled past two opponents and as he entered the area Gozo keeper Aiden Debono had to come out of his charge to kick the ball away to safety.

A minute after resumption Balzan equalised as they won a corner kick on the right flank which was well-taken by Grech and the ball was cleared to another corner and  the same player scored direct from the flag kick with a high and hard screw shot.

In a Gozo action a well-taken flag kick by Said was headed away with difficulty and in the third minute of added time Gozo scored the winner when Atzori took possesion of the ball well outside the area, he out-sped two opponents before entering the area and scored with a low diagonal shot to make it 2-1.