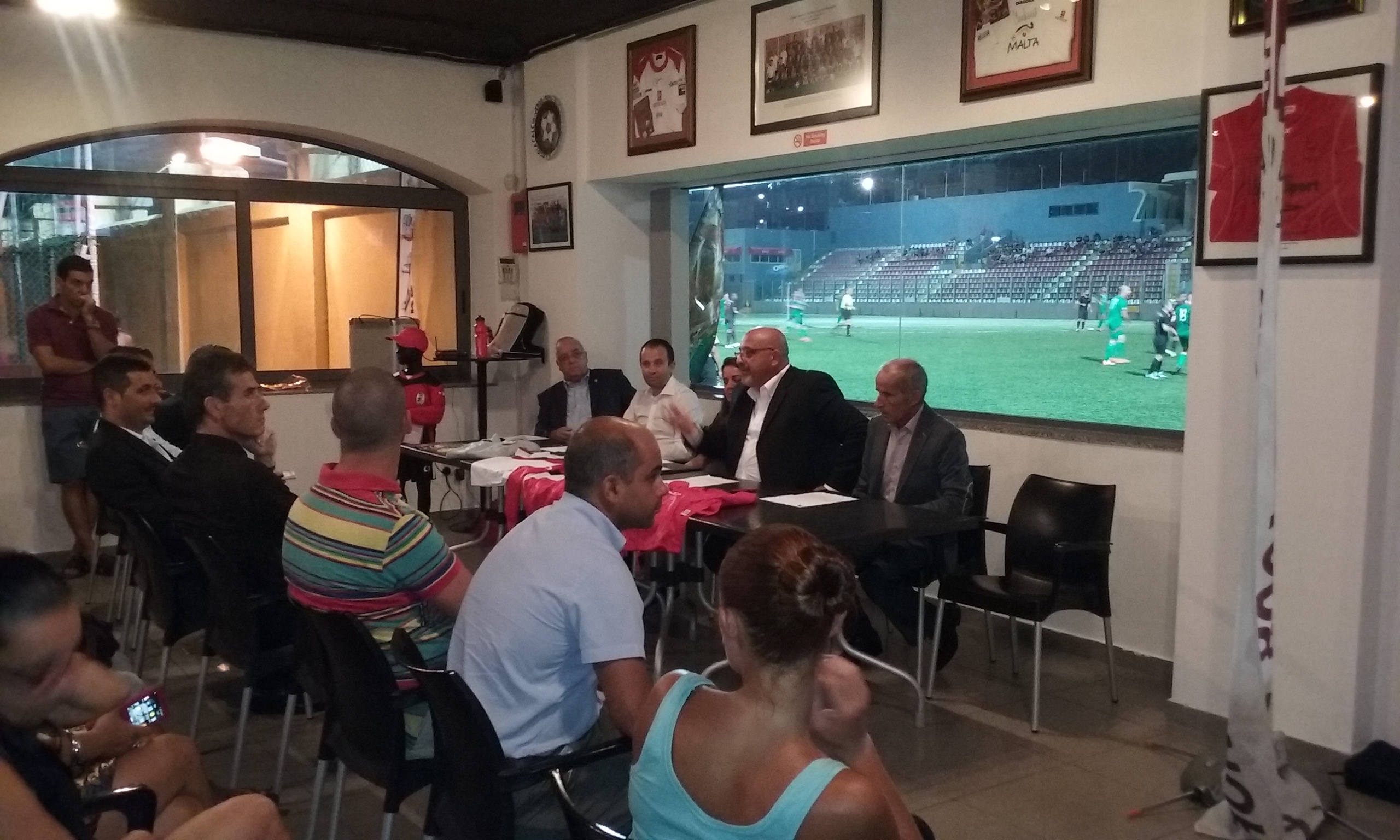 Discipline and Respect. These two words will be at the heart of all that is done at the Hamrun Nursery during season 2015-2016. Speaking at the launch of the new season, Hamrun Nursery Secretary Noel Debattista expects discipline and respect from all those involved in the football nursery towards one another, be they supporters, parents, children, youths, coaching staff, helpers and, last but not least, the committee members themselves.

During the launch event, the Hamrun Nursery unveiled the new Sportika training for the next four seasons, including the new main sponsor of the nursery – Mediterranean Insurance Brokers (MIB). The sponsorship agreement was signed during the event itself, which was remarkably well attended. Ms Fiona Borg, on behalf of MIB, said that her company was proud to sponsor a successful football nursery such that of Hamrun. The Nursery secretary returned the compliment and remarked that the Hamrun Nursery was also proud to be associated with a serious organisation such as MIB.

MET, which provides car repair and towing services, will also be a nursery shirt sponsor during the next four years. Another sponsorship agreement with another reputable company is in the final stages of negotiations.

Head coach Stefan Sultana provided details of the coaching set-up and of the training schedule for the new season, which will start on the 15th September. He also remarked that whereas other nurseries focused on luring young children through monetary compensation, the Hamrun Nursery was attracting the best players on the island by offering the best facilities coupled with the best training. Only this will ensure the proper development of a player, whilst also ensuring that the young boys will become gentlemen.

Towards the end of the event, Fr Mario Mifsud went on to bless the new Nursery clubhouse. Noel Attard (Nursery Chairman) and Claudio Grech (Chairman of Save-a-Life Foundation) unveiled a commemorative plaque for the occasion. Save-a-Life Foundation provided the essential financial assistance for the finalisation of this project.

More information about the nursery may be obtained through the Hamrun Nursery facebook page or by email on hamrunspartans@gmail.com.